Firstly if you have not yet had the chance to read my blog last week about my journey through postpartum with my firstborn Xavier, then head back and read that one first. It really sets the scene on how I came into my postpartum period with Charlie.

My darling boy Charlie was born exactly 18 months after my firstborn Xavier. It had been a tough pregnancy physically. It had been more medically complicated as I had been medicated for hypertension early on and required to be induced at 39+4 due to extremely high BP, and emotionally tough as I had my dad die when I was 15 weeks pregnant. Charlie Ned (Ned being my dads name) came to us in May 2016 after a long day of induced labour. Thankfully it was only a day of labour unlike his brother who had taken days to be born. This time I had been left with a small tear (not an episiotomy) that needed the equivalent of 1-2 stitches. My hip pain somewhat subsided but I still had some sciatic pain for weeks to come. I did manage some postpartum osteopath visits to help.

This hospital visit I was lucky again to be in a private room. This time it was a large room with a double bed, but I still could not have hubby stay with me. Charlie never had the big post birth sleep that many babies do. So I never got a good chunk of sleep while in hospital. The following day is a bit of a blur, but I do remember my mum bringing in Xavier who I missed already. It was such an amazing moment the boys meeting. Both still babies and so in need of their mother! We also had hubby’s parents visit us that day.

Feeding was again painful due to latch. I was more confident to try getting him on myself and starting other holds. I also requested to see the LC while I was there. Charlie was very spewy instantly. So we had his bassinet raised from birth. It also meant he was not sleeping huge amounts. I had more confidence with starting a dummy earlier and a few times I tried in hospital with mixed results.

The following morning, I woke not feeling great. I also had excess bleeding. There was worry of an infection starting so I was put on some very strong IV antibiotics. I recall sitting on my bed that afternoon, crying with my OB his arm around my shoulder as I was desperate to feel well enough to get home to Xavier. It was also likely my milk was starting to come in, but either way it was a hard emotional day. Matt’s brother and family had wanted to visit, but we cancelled as I was just not feeling well enough. The next day I was able to finish the antibiotics and get home with my babies.

The early days postpartum with Charlie are such a blur. While I was 8 months pregnant, we had moved into a larger home. Which also meant a different council and no visiting LC program. I was thankful my first home midwife visit was very supportive and comprehensive. Charlie had started to develop bad jaundice. I was desperate to keep us from having to go back into hospital. It meant I was having to feed, top up with some expressed milk, then pump and I did that process with every feed. It was exhausting and thankfully we only had to do it for a few days. The jaundice meant Charlie was a little bit sleepier for a couple of weeks which was a silver lining. It gave me a few weeks breathing space to adapt to having 2 kids under 2.

This time hubby only took 2 weeks off work. The first half of the first week I was in hospital. So that left only having him home with me for a week and half before he was back at work!! Crazy! That’s totally something I wish we had changed. It was way too soon for me to be left at home with 2 kids under 2 meeting all their care needs and me needing to recover from birth and sort out breastfeeding. It meant it was way harder to get help with Charlie’s feeding. I could see I was getting some damage, not as bad as Xavier, but still enough to cause some pain and discomfort and vasospasm again. But I was not keen to race out and get him assessed as we didn’t feel getting Xavier’s tie treated had much effect on Xav’s feeding. So we just plodded along.

At 6 weeks big brother Xav kindly shared his cold with me and Charlie. It led to Charlie getting bronchiolitis and needing an overnight hospital stay. There was also worry that he had a hernia, but the ultrasound cleared that (mistakenly). It was such an exhausting newborn period. Such little time or opportunity for napping and rest. We also barely had any visitors or offers of support. I kind of felt like people thought you already have one kid so you know what you are doing and don’t need as much help. Which really truly was the opposite. I was so thankful that a friend came over one day with a lunchbox and a packed lunch for me. We also had some more frozen meals ready this time which was helpful for the evenings. We also did some online grocery deliveries for the first few weeks so I wasn’t having to try and juggle both boys at the supermarket.

Charlie in some ways slept a tad better than Xavier. We kept him in our room for the first 6 months so I didn’t have to go to the other end of the house to feed overnight. He still catnapped, but did sleep longer in the carrier and was more content and easier to get to sleep in the pram and car. I was very grateful we ended up with a capsule that could pop in and out of the car and onto the pram. There was not so much worry about having to wake a sleeping baby when we arrived somewhere.

Physically I do not recall much on my recovery. My stitches always take a long time to dissolve so always end up uncomfortable. Eventually the sciatic pain settled. I managed to find a mums and bubs exercise class that we could attend with the toddlers as well. My mums group started doing this together. I feel like I physically got stronger this postpartum before I was pregnant again.

Charlie even at 3 months was still causing me some discomfort feeding so I went and paid for a private IBCLC. Even though we had been told at the hospital he was not tied she assessed him as being tied. At this stage I had done some more reading and talked with a speech therapist friend. I felt the right course was to go get his ties lasered by a specialist dentist. He had this done at 5 months, but again we saw no big improvements. Likely by that stage his latch was more of a behavioural issue as opposed to an inability (as in he had learned he could just use me like a straw and didn’t need to open wide and latch).  Charlie also had another procedure at 8 months. He had an undescended testicle which was discovered in surgery to be caused by a hernia! The one that got ruled out at 6 weeks old. We were very lucky it had not ended up strangulated. I was thankful throughout all these procedures and hospital admissions throughout the first year of his life I was able to comfort him at the breast. So it came with great sadness and surprise that one Sunday afternoon at 11.5 months old, he had a feed as usual, then next time I went to feed him he refused. This continued and I never got him back on the breast! I tried pumping and offering for 6 more weeks until I gave up! It was upset by this for sometime! Still am really as had hoped to experience co-feeding Charlie and our next baby.

Overall, I felt we really should have planned for more support during my postpartum period with Charlie. I found the leap from one to two kids much more challenging, impacted by them being close in age. I did however feel I had gathered a lot of wisdom parenting Xavier in the first 18 months which helped me parent Charlie. I was slightly less concerned with sleep, Charlie being a good car traveller really helped. Having this experience with Charlie’s postpartum really set me up for wanting to prepare better for our third postpartum period. Check out next weeks blog to see what we did different third and final time around. 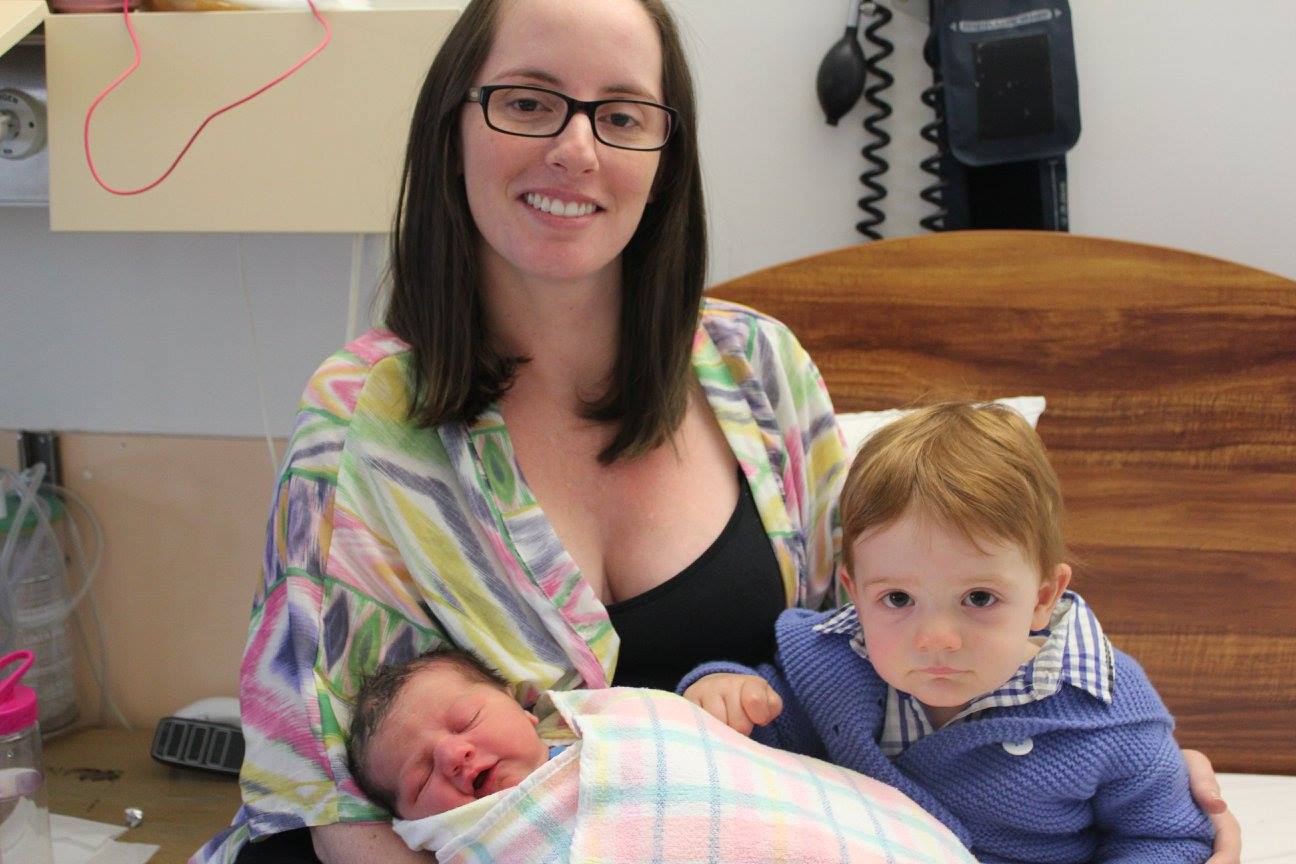 5 things you can do for a mama in lockdown.

Setting up sacred space at home to nourish you in any moment.

5 ways to celebrate self-love on Valentines day (or any day).